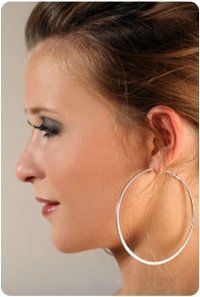 Protruding or prominent ears are often a hereditary characteristic. Surgery can be carried out as early as age 5, when the ears have grown to 85% of their adult size. Parents often choose to have their child operated on before he or she notices the problem and begins to be embarrassed about it.

As a result, in order to protect the child's self-esteem, we recommend that otoplasty be done as early as possible, depending on how serious the malformation is. Children are intolerant and may be cruel to other children whose ears protrude. In my pediatric practice, I see many young boys who let their hair grow to hide their ears and little girls who won't wear their hair in braids or a ponytail for the same reason.

I perform many otoplasties. The technique I use most often involves reshaping the cartilage and turning it toward the back of the head, to make the ears less prominent. The incision is hidden behind the ear. Postoperative pain is minimal, as the ears remain numb for several weeks. Once the child is 8 years old, he or she can have the operation under local anaesthetic.

Infection, bleeding or scarring problems. The scars must be checked after 3 or 4 months, as keloids (raised scars) can form over the long term. These cases are however quite rare.

Depends on the case

“Dr. Berbari is an excellent doctor - the best there is.” Carol, Plastic Surgery Patient